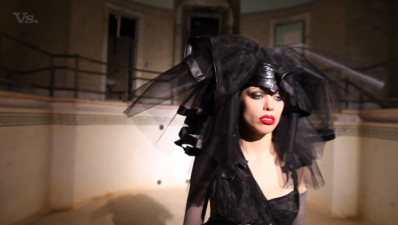 Someone, somewhere, once said, “Things happen in threes,” so it comes as no suprise that Crystal Castles have created a new video for a not so new song by partnering with online fashion and lifestyle magazine, VS. Magazine. Fashion producing music videos is a trend that began last year with the partnership between Florrie and Dolce & Gabbana for her video, I Took a Little Something, and continued this year with Class Actress and Elle Magazine with Bienvenue. In Suffocation, directed by bandmate, Ethan Kath, lead singer, Alice Glass is seriously working a pouty goth aesthetic, changing outfits (it is a fashion shoot afterall) and looks really really thin, but not much else. A third album, persumably also called, Crystal Castles, is slated for a summer release.

And as a bonus, here is the Health Remix that Crystal Castles has made available as a guilt-free download.

bookoo shade from The Glitoris on Vimeo.

This entry was posted on Thursday, February 23rd, 2012 at 10:36 am and is filed under Crystal Castles. You can follow any responses to this entry through the RSS 2.0 feed. You can leave a response, or trackback from your own site.