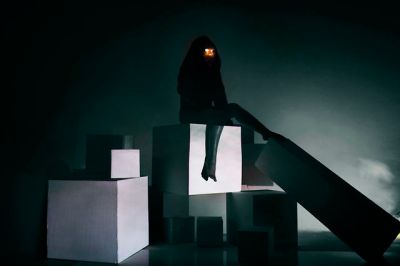 Motor are well-known in Techno music circles. For their new album, Man Made Machine, they have changed gears to create a vocal-driven album and have enlisted an incredible rouster of talent including members of Depeche Mode and Nitzer Ebb, Gary Numan and Billie Ray Martin. For their first release, album track Man Made Machine, they collaborated with Depeche Mode‘s Martin Gore. The dark and sexy track, reminiscent of the classic Bauhaus anthem, Bela Lugosi’s Dead, soon became one of the most (re)visited postings on this site (we might add it is a whole lot better than another Martin Gore collaboration which shockingly disappointed us; why no vocals, VCMG?!). Well a new unofficial video has emerged, and for this outing they have enlisted Nitzer Ebb frontman, Douglas J. McCarthy. The beats come fast, hard and dirty in The Knife, and if it weren’t for Motor’s name, you would might think it was a Nitzer Ebb track. This is a good thing. 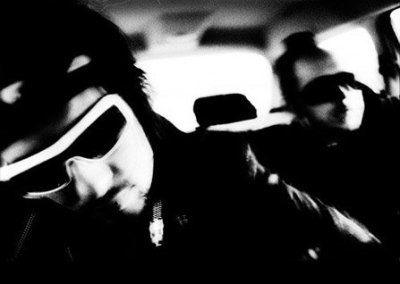 Motor have secured quite a mighty roster of artists for their soon-to-be released album (Martin Gore, Gary Numan, Billie Ray Martin). This makes sense since they have toured with Depeche Mode and have provided remix work for Numan’s new single, The Fall. Depeche Mode’s Gore provides vocals to the lead single, ManMade Machine, an electro stomper that soothes of hard, hot, sweaty sex. To us, the single seems like an industrial take on the Bauhaus classic, Bela Lugosi’s Dead .