Tying Tiffany, who last year gave us the excellent Miracle is back with a new single, Drownin’, which amps up the guitars to create a more rocking sound. It has also been chosen to be included on the game soundtrack to EA Sports Fifa 12. Drowin’ is from her new album Dark Days, White Nights that is due out early next year. 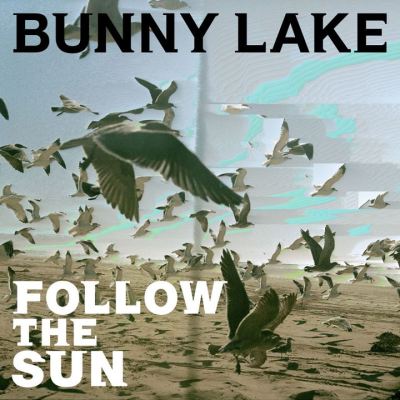 We are very excited to present to you the new Bunny Lake single and video, Follow the Sun. The Austrian Bunny Lake have been on our radar since their 2009 album, The Beautiful Fall, which contained the brilliant 1994, Army of Lovers and Into the Future. Although the lyrics are sparse, there is a perpetual movement about Follow the Sun and a yearning to escape one’s current circumstances. To escape what is explored in the video that has a strong social justice and environmental theme. Follow the Sun will appear on their new album, Sound Of Sehnsucht.

Kites – The Disappearance of Becky Sharp (The Sanfernando Sound Remix)

The Sanfernando Sound has done it again, making a home run of a remix, this time for red hot Indie darlings, Kites and their brand new track, The Disappearance of Beck Sharp. Kites are from London and have been getting comparisons to New Order. The Sanfernando Sound has a knack of turning out some of the best remixes this year. We have raved about the remixes done for Starlings here and here.

Motor have secured quite a mighty roster of artists for their soon-to-be released album (Martin Gore, Gary Numan, Billie Ray Martin). This makes sense since they have toured with Depeche Mode and have provided remix work for Numan’s new single, The Fall. Depeche Mode’s Gore provides vocals to the lead single, ManMade Machine, an electro stomper that soothes of hard, hot, sweaty sex. To us, the single seems like an industrial take on the Bauhaus classic, Bela Lugosi’s Dead . 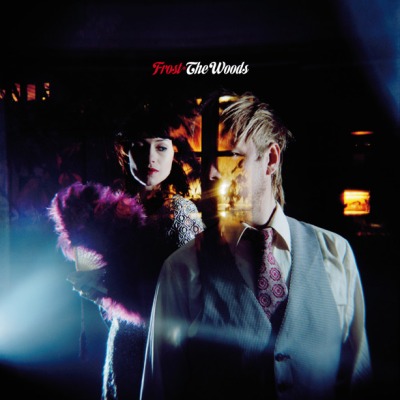 Norwegian electronic duo Frost have a new track out, The Woods, whose catchy melody and sweet vocals remind us of a cross between Queen of Hearts and Little Boots. The single will be out October 17 and be included on their new album, Radiomagnetic.

The Opiates – Anatomy of a Plastic Girl

The Opiates is a collaboration project between Billie Ray Martin and Robert Solheim that began 3 years ago when they performed songs together (including Anatomy of a Plastic Girl) at the Rough Trade record shop. They are set to release their debut album, Hollywood Under the Knife, next month. Anatomy of a Plastic Girl is the second single and explores the devastating consequences of a hopeful Hollywood starlet who is scarred emotionally and physically by a botched facelift. It was directed by Jörn Hartmann. We love the creepy themes of the song and visuals. And as always, Billie Ray Martin looks great (does she not ever age?)! 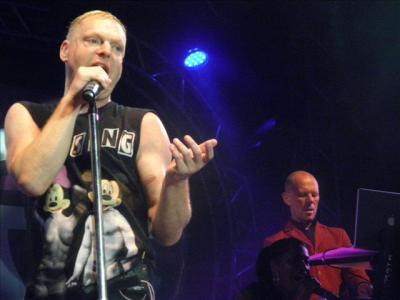 When I Start To (Break It All Down) is the new single, out today, by Erasure, and will be included on Tomorrow’s World, their fourteenth studio album. We are liking this remix, in all its unabashed HI-NRG glory, which we feel is more in tune with the Erasure we know and have fallen in love with.

We recently got to see Erasure live. Check out our Review of the show.

We have raved many times about Synth Britannia, the 2009 British documentary that documented the rise of synthpop music from the late 70s to early 80s and included extensive interviews and rare clips from The Human League, Heaven 17, Gary Numan, Depeche Mode, Kraftwerk, Cabaret Voltaire, Vince Clark and OMD amongst others. Because it was shown on the BBC, the only way to watch/steam it was to use a computer in the UK (or trick your computer into having the BBC site believe it was). Chopped up clips have appeared on YouTube for awhile now, but finally, an uninterupted full verision is available on YouTube. We are not sure how long this link will last, so catch it while you can.

bop2pop favorite, Northern Kind have released a video for a new track, Daggers, which will perform double duty, appearing on both their forthcoming album, Credible Sexy Unit AND a newly re-released, special edition of their first album Fifty Three Degrees North, that will also include remixes to two of our all-time favorite NK tracks, Crash and On & On. For the unconverted, and if you are a fan of this blog, you’re most likely already converted, Northern Kind creates some of the best, insanely catchy synthpop music around. Earlier this year, they premiered two other new tracks, Euphonic and Dreams, and we were one of the first to cover it, here. Daggers which shockingly is their very first video, continues the same synth sound we have fallen in love but adds a harsher edge, and its seductive vocals by Sarah Leicester, immediately conjures up comparisions to another one of our favorites, Billie Ray Martin.

And just in case you still need convincing of their incredible talent, check out…

In 1981 The Human League famously asked, “Don’t You Want Me?” and even after 30 years, at least to this NYC audience, the answer was a resounding “Yes!”. Last night the Best Buy Theater was packed with fans who came to see The Human League perform their hits spanning 3 decades as well as hear material off their new album, Credo. To a blog that worships electronic music, particularly the bands profiled in the definitive british synthpop documentary, Synth Brittania, seeing the Human League after seeing other luminaries like Gary Numan, OMD and Erasure all in the past year, this concert was to be the icing on our electronic cake.

The story of The Human League’s humble beginnings to its meteoric rise is the modern day take on a fairy tale. After a falling out with Martyn Ware and Ian Craig Marsh (who would go on to form Heaven 17), lead singer Phil Oakey was left without a band, and in desperate need of recruiting new members to record an album. He discovered teenagers Joanne Cathedral and Susan Ann Sulley after seeing them dancing at a nightclub in Sheffield. With his new lineup, they went into the studio and recorded the album Dare. Fourth Single, Don’t You Want Me (urban legend has it Oakey originally protested its release, but finally relented), with its high gloss, big budget video would bring The Human League international acclaim and become one of the top selling singles of the year. After an absense of 10 years, they have released a new album, Credo, that is a sorta return to their Dare era sound.

We arrived at the theater shortly after doors had opened and were able to get to the front center stage without any problem (an advantage of seeing English synthpop artists in America). Opening act, Men Without Hats took the stage at 8:30pm. Lead singer, Ivan Doroschuck came out wearing a leather biker outfit and wore a …gasp…HAT and pranced around the stage while performing hits such as Safety Dance, I Like, Pop Goes the World and Where Do The Boys Go?. He was received warmly by the crowd who appreciated his energy and enthusiasm. At times problems with sound caused me and the floor to vibrate, and these technical sound difficulties would foreshadow later problems that nearly derailed a highlight performance from The League.

The Human League took to the stage at 9:30pm. We liked the mod white stage and equipment (even the microphones and stands were white) and minimal staging. They began the set after some mood music with new single, Never Let Me Go, which had their kaleidoscopic trippy video playing on a huge projection screen behind them to great effect. This was followed by two early classics, Open Your Heart and a personal favorite of ours, Sound of the Crowd.

Although the crowd was appreciative, the next few songs weren’t met with the same level of frenzy as Empire State Human, a fan favorite, which got the crowd dancing. This was followed by lead single, Night People, off of their new album, Credo.

Things took a dramatic change, after Oakey asked the audience to sing along to fan favorite, (Keep Feeling) Fascination, when a malfunction with the speakers caused the sound (particularly bass) to be reduced dramatically. Oakey was visibly shaken, but took things in stride, pacing the stage and shooting daggers at the sound technician while the girls adopted a “the show must go on” attitude and got the audience singing. It was a beautiful moment, where the artist and audience were united and determined not to let it ruin the performance. The problems with sound were only temporary and by the end of the song, the sound was back to normal, which was just in time for their biggest hit, Don’t You Want Me, that had the audience singing and hanging to every word (yes, I freely admit I was singing, “I was working as a waitress in a cocktail bar”).

I was worried that with the sound problems, there may not be an encore, but The Human League did not disappoint and came back out to perform the single that started it all, Being Boiled and the not technically, but still League aligned, Together In Electric Dreams, which upon reflection seemed like the perfect closing to a perfect evening spent in electric dreams.

I just want to give a special thanks to my sister Allison for taking photos and being the perfect concert buddy and for The Human League who gracially met us and fans after the show. They were very genereous with their time and allowed us to take pictures.

Where Are They Now: 80’s Artists
Go to Home Page