We featured the very The Human League sounding, The Lovely Theresa back in February, and even back then we knew it had “single” written all over it; so imagine our suprise to find out it will indeed be released as a single and that there is now a video for said song. It appears on Baron van Luxxury‘s debut album, The Last Seduction which can be found on his BandCamp Page. 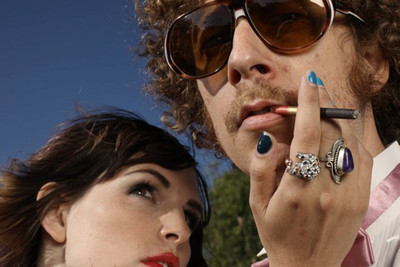 In 2008, DJ/Producer Blake Robin, under the moniker of Baron Von Luxxury, provided a remix to a then relatively unknown Little Boots on her track, Meddle. Now Little Boots has returned the favor by providing guest vocals for his track, That Disco Beat. The track appears on his just released album, The Last Seduction, available on his Bandcamp Page for a mere “Name Your Price”. We are also including another album track, The Lovely Theresa, that reminds us of The Human League.