We featured Visitor earlier this year with their excellent remix of The Sound of Arrows track, Wonders, awhile ago, and now they are gearing up with their own release, Coming Home. If you are a fan of TSOA and Hurts, we think you are really going to like these guys. To whet your appetitie, they are giving away the excellent Viceroy Remix of their single away as a guilt-free download. 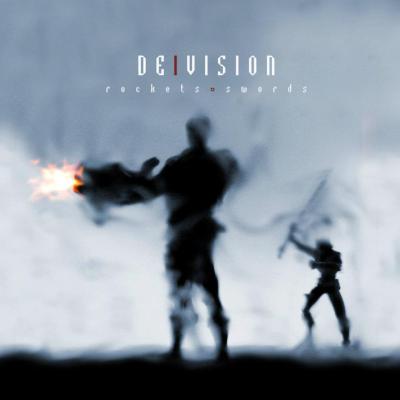 For those of you not familar with De/Vision; they are a german synthpop group formed in the late 80s who have stayed true to their synth roots, releasing a seemingly countless number of albums. To us, they are the band who picked up the synth torch from Depeche Mode when they veered off and had their “rockstar” phase and have carried it ever since. They have just released their new album, Rockets and Swords and we confess we weren’t really taken by first single, Brotherhood of Man, but it’s the album track Superhuman, or as we like to call it, “supercamouflage”, that has us all excited and tingly inside (we also dig the Visage-inspired Boy Toy). Unfortunately the band has only made available a snipplet, but it’s not really hard to find the full version if you go looking, but we are posting it anyway in hopes some buzz may build and we can get this track released as a single. 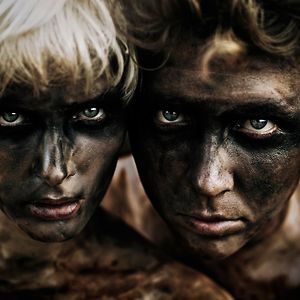 Those damn nipples got them banned! That’s right, after a mere 6 hours, the new video by Perth’s The Voltaire Twins was unceremoniously yanked from YouTube. We kinda see their point because the video for Solaris does have a lot of nipples on display; male and female. The band defends the video as art saying they painted the actors to make them look more tribal and less “orgy.” It’s a stretch, and it was probably what they had intended in hopes it will give them some notoriety; heck it has worked countless times before. Needless to say, watch with caution, since this video may NBSFW. Regardless of controversy, real or imagined, we love the song and feel it deserves a chance. 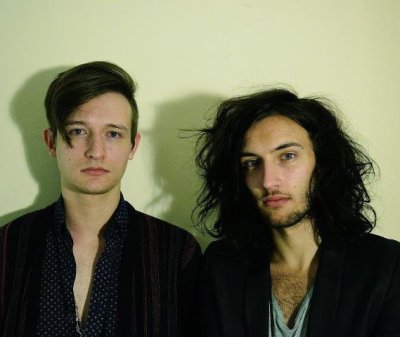 Neave Merrick, one half of London’s “electro-pop-noir” outfit, Automatic Writing, recently contacted us to let us know they are gearing up to release their debut single, Continuous. We gave it a spin and are here to tell you that this song is banging! Dark, menancing and delectibly danceable, Continuous is a track to fall in love with if you dig your synths with a harder edge. 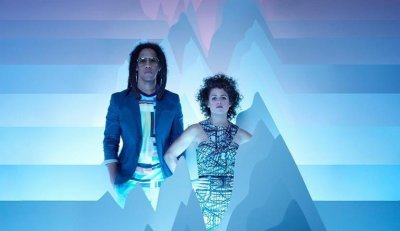 We could only dream that Electric Youth‘s meteoratic rise to acclaim was the result of our including their b-side, Fade Away, on our list of top singles of the year, but really it was their collaboration with College and the inclusion of their track, Real Hero, that was featured prominently in the movie and sountrack to the ultra-cool flick, Drive, starring uber-hot, Ryan Gosling. Anyhoot, they are back with a new single, The Best Thing, which doesn’t stray from that winning formula and sounds like it belongs on an 80s film soundtrack, taken from a scene at a prom. 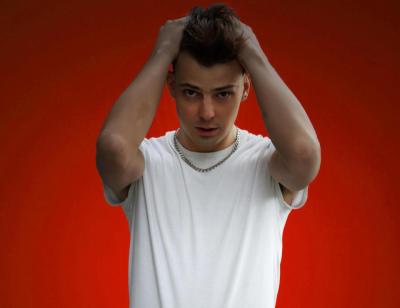 If Depeche Mode‘s Dave Gahan had a love child with Dead or Alive‘s Pete Burns, he would most likely grow up to be Christianoshi. Of course, fans of this site know if we go there, and we just did, we are just going to love and gobble this stuff up. Trust is the new single by London’s Christianoshi. Be sure to check out his splashy website. We want a video!

Bop2pop favorite, Father Tiger has finally premiered their debut video, Shell. Hundreds of fans tagged and Instagrammed thousands of photos of themselves and original artwork that were then edited through an iPhone app to create this heart-felt video that clearly reveals that it is a labor of love. The video compliments the song’s uplifting message beautifully; Love and embrace yourself unconditionally. For those not familiar with Father Tiger, their blend of feel-good synthpop fills the musical space between Erasure and Bright Light, Bright Light. Check out our post of them here. Be sure to sign up for the email list on their website to get this track as a guilt-free download! 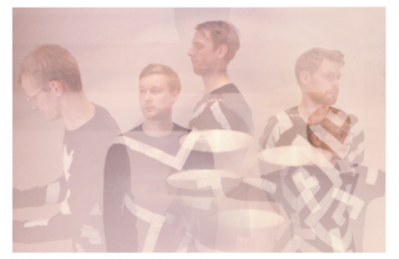 In gearing up for the American release of their debut album, Scottish group Django Django have unleashed a new brightly coloured, corporate condo, Olympic inspired? CGI video for their spaced-out artpop single, Hail Bop. The debut album has been getting some serious buzz as “The Guardian” gave the album a perfect score. 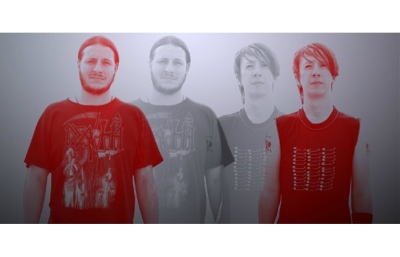 Brooklyn duo, Sensual Harassment are maestros of their unique blend of spaced-out disco pop. We featured their brilliant (and guilt-free) remix of Strangers’ Shine on You a few months back and now they are back with this Joel Fernando directed, totally NSFW video for their new sizzling single, Disco Heart. Citing Donna Summer and Giorgio Moroder as influences, Disco Heart comes in a bright glossy package with a great dance beat; perfect to get your groove on during this hot August heat.
,

The Kafkaesque metamorphis is completed with Blue Eyes, the latest single by New Zealand’s reining indie darling, Ladyhawke. Gone completely now are the 80s inspired synthesizer rifts from her brilliant self-titled debut, replaced with loud guitars and even louder guitar solos. It’s not that we don’t like the new direction, we do; we just miss and want our old Pip back. In the video, Pip takes a day trip into the land of the dead (or to be more precise; Oceano Dunes Park, Los Angeles), where she drinks something not so fresh which results in some serious tripping.