Apologies for a lack of posts recently. After catching a nasty cold, traveling and visiting family for the holidays and the unfortunate accident that left burnt pixels on my laptop, which made it nearly impossible to read or write anything on it, there have been delays in getting our top remix list out. 2011 was a particularly amazing year for remixes. The quality was so top notch that many times we actually preferred the remix to the orignal. Taking a different approach than the usual numbered list of favorite remixes, we feel there have been a handful of remixers who time after time have delivered exceptional remixes that deserve your attention. While reading these lists you will notice a lot of overlapping, which proves (to us anyway) the amazing talent on these lists. We would like to honor them here and encourage you to seek out the amazing work they do.

Remixers of the Year… 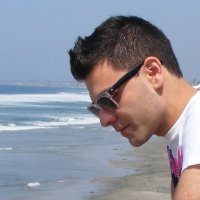 Sanfernando Sound
What is absoutuely brilliant about Sanfernando Sound is not only his ability to choose good songs (often by unsigned bands), but his ability to take them and just blow us away with his production skills. We love that Sanfernando Sound does not seek to radically change the vocals and melodies with gimmicks, but instead enhances the source material. The results are these epic and massive remixes and we are left speechless by their greatness.

Kites – The Disappearance of Becky Sharp (The Sanfernando Sound Remix) 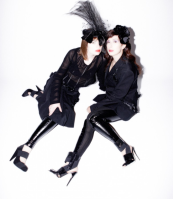 Marsheaux
Marsheaux is our favorite band and we have featured them many times, but what you may not know is that in addition to being brilliant musicians, they are master remixers with impeccible and nearly identical tastes to us, so it is always a treat when we find that they have put their signature Marsheaux sound on a track we love. 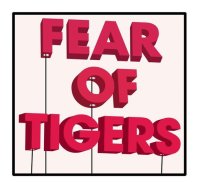 Fear of Tigers
Fear of Tigers (Benjamin Berry) may be the most familar remixer on our list and he deserves a lifetime achievement award for creating some of our all-time greatest remixes by the likes of The Sound of Arrows, Queen of Hearts, Bright Light Bright Light and Rosanna. This year he created some massive remixes that have been on high rotation including his remix of Where Are They Now by Queen of Hearts, that made our top 20 single list for 2011.

Vanbot – Lost Without You (Fear Of Tigers Remix)

Ronika – Only Only (Fear Of Tigers Remix)

Remixed Artist of the Year

Queen of Hearts
No artist has embraced the remix as much as The Queen of Hearts, who we now have officially rechristened, “The Remix Queen.” The Queen of Hearts has mastered social technologies like Facebook and Twitter and has the fundamental understanding that in order for an artist to thrive in this age of short-attention spans, one must always engage your audience. She accomplishes this by releasing a new remix seemingly every other week. This is why we have not stop talking about her since the beginning of the year. Bravo!

Where Are You Now? (Fear Of Tigers Remix)

Remix Album of the Year

Mark Reeder – Five Point One
Mark Reeder is a god to us, having remixed pretty much everyone we ever cared about, and most of them appear on his new remix album, Five Point One, which we feel is essential owning. What we love about this album is that he mixes remixes from established bands (Depeche Mode, Bad Lieutenant) with bands we love, but may not be familar with audiences (Marsheaux, Parralox), thus giving them exposure to a wider audience.

We can’t believe the year is half over, and what a year it has been for us. After 3 incredible years of following other people’s blogs on electronic and synthpop music, we decided to create our own. We weren’t sure if it would succeed, honestly. Our core music interests lie in synthpop and 80s music, and the genre had begun to fade from public flavor. We weren’t sure if there would still be music to write about, which is why we didn’t directly reference the genre in our name. We were wrong, very wrong, judging from the amount of incredible music that has come out this year and from the amount of readers we have won over. We would like to give special thanks to Daybehavior who included our quote to promote their single and Fil Ok, who has contacted us about using our quote for his press release. We would also like to thank Marsheaux and Kid Kasio who have tweeted about us. We would also like to thank the bands who have posted or commented about us on Facebook or posted our review on their website like Shindu, The Scientists of Modern Music, Miracle, Northern Kind, Starlings and Queen of Hearts (we are sure we are leaving stuff out, but that doesn’t mean we don’t appreciate your support). We also like to thank NewNextNow for picking up our concert review of OMD and publishing it on their website. Ultimately, we like to thank you, our readers. We have grown expotientally, since our first post in March. To give you a sense of this, here is a chart that shows the number of page totals for the 4 months we have been live.

We are so happy you are finding interest in what we are writing about and promise to continue the hard work we have begun for your enjoyment. Feel free to write to us about how we are doing and what you would like to have covered. We promise it will inflate our egos and give us continual motivation. You can email us or visit us on Facebook. We would like to give a summary of the year so far, so without further babbling…

The Sound Of Arrows – Nova

Queen of Hearts-Where Are You Now (Fear of Tigers Remix)

You Really Like Me! Top Post Views
1. Hello? Hello? Is It Me You’re Looking For?
2. Marsheaux – Can You Stop Me
3. Brigitte Fontaine ft. Grace Jones: Dancefloor
4. Where Are They Now – Kim Wilde
5. Miracle – The Visitor

Top “Where Are They Now” – The Bands You Really Wanted To Know About
1. Kim Wilde
2. Alphaville
3. Billie Ray Martin
4. Blondie
5. Blancmange
Not So Much: Duran Duran, The Human League, Propaganda, OMD.

Queen Of Hearts – Where Are You Now

Another teaser video and some remixes have surfaced from Queen Of Hearts, an artist I raved about a week ago. Where Are You Now is a more downtempo track with a video featuring a tarantula and dancing muses in blue eye paint. Not sure what the symbolism is here, but the muses remind me of the ones in Zanadu and I kept hoping Olivia Newton John would suddenly appear in rollerskates. In addition, two fantastic free remixes have emerged. For Where Are You Now, a Kyliesque mix from none other than Fear of Tigers who you may remember had actually improved the already amazing single Into The Clouds by another favorite band, THe Sound Of Arrows. I’ve also included what I feel is the best mix of Freestyle by Diamond Cut. Enjoy.
/
Queen Of Hearts: Where Are You Know (Fear of Tigers Remix)

Sound Of Arrows : Into The Clouds (Fear Of Tigers Remix)

Fear of Tigers, Queen Of Hearts, The Sound Of Arrows |