Our Picks for Top Albums of the Year 2011

We admit we are more of a singles blog, but there have been some albums that we have been listening to quite a bit, some we thought we would and aren’t, and some that we were told were to come out, but never did. We expected Ladytron, whose 2008’s Velocifero was our top album of the year to appear on this list, and although we respect the showmanship, in all honesty, we feel it is an album to be appreciated, more than to be enjoyed. Same for M83 and Bjork. A couple of bands on our list were to get major label releases, but things did not work out as planned, and they were released on small independent labels or self-released. Some of our most anticpated new albums by bands like Marsheaux, DayBehavior and Northern Kind have yet to come out. All the albums in our top 5 are debut releases. Perhaps this is a passing of the torch that comes with the dawn of a new decade. In addition we saw the re-emergence of the ep as a viable means of getting music out. So without further adeiu, here is our admittedly very subjective list of top albums of the year.

5. Monarchy – Around The Sun
With tracks like I Won’t Let Go, Maybe I’m Crazy, The Phoneix Alive, Love Get Out of My Way and Black is the Color of My Heart, there is so much to fall in love with by this duo who mix synthpop with dance. We feel it is a crime of the worst kind that these guys aren’t household names… yet. A great album to get your groove on. Check out our review of their New York City concert here. 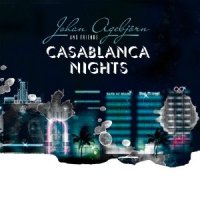 4. Johan Agebjorn – Casablance Nights
We were really hoping for a new Sally Shapiro album this year, so when we heard the genius behind her was releasing an album instead, we were at first slightly apprehensive, but all fears were immediately dashed upon listening to this italo-disco masterpiece. Sally Shapiro is back in true form on the title track and Alice and Johan Agebjorn had a stroke of genius by using Queen of Hearts for the simply sublime, The Last Day of Summer (more on QOH below). We are still praying for a new Sally Shapiro album, but until then, this will do just fine.

3.
Queen of Hearts – The Arrival
Speaking of Queen of Hearts, her debut was our top EP of the year, and a trend we are seeing a lot more of as musicians self release their material. We first became enamored with a teaser of Freestyle and it is clear her influences lie in electronics and synthpop with a nod to Kylie and Little Boots. Every track is a winner, but we are particularly taken by the aforementioned Freestyle as well as Shoot the Bullet and Where Are They Now. Best of all, she has released a gazillion of remixes that she has made available to download for free, so support your artists and get this EP – it’s priced as a bargain since it is under that of a happy hour cocktail!

2. Mirrors – Lights and Offerings
No band captured the heart and spirit of synthpop music better than Mirrors, whose album Lights and Offerings, a kind of “Best of” of the material they had released during the past couple of years, proved the genre was still very much alive and well. Although often compared to Hurts, Mirrors are the real deal and they melted our hearts with such now classic (at least to us) tracks like Into The Heart, Ways to an End, Hide and Seek and Look At Me. 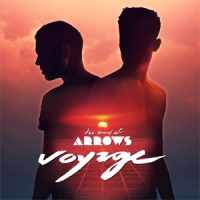 1. The Sound of Arrows – Voyage
There was no debating the album that we fell in love with most this year. Nearly 4 years in the making, with enough setbacks to become a Lifetime movie of the week, Voyage was finally self-released this year, and wow, was it ever worth the wait. To describe this album as epic would be an understatement, as each track transports the listener into their magical world of innocence and hope. The album is so cohesive and accomplished, it is simply stunning that it is a debut album. Nearly every track is a winner, although we are most partial to Into The Clouds, M.A.G.I.C., My Shadow and Nova. If you haven’t heard this album, stop reading now and get this album. You will be so glad you did.

Woooo….. It’s Halloween and to get you into the proper spirit, we thought we would profile a couple of “scary” videos that have come our way in the past few months. We dare you to watch without being frightened… to death! Be afraid folks. Be very afraid!

Miss FD – Love Magick
This cheesetastic video finds our witchy vixen casting dance spells onto an onslot of hipster zombies. Can she keep her zombies at bay, or will the eat her…alive!

Emmon – Distance
It seems like every video taken from Emmon’s excellent Nomme album has a spooky-themed video. Perhaps it because horror-themed videos are a good fit for her dark music themes, pale skin and jet black hair. Here she is leading a seance to a group of couples, whose lives look innocent enough, but the future tells a different, more sinister story. Watch out for animated human/butterflies hybrids and wailing arms.

Glass Candy – Halloween
Just as we post our holiday edition, we find this video, an homage to the John Carpenter classic film of the same name. Glass Candy hail for Portland, which seems to be the latest American city of electronic artists (we have featured other Portland artists Soft Metals, Logan Lynn and Finesse).

Turn off the lights, turn on the strobe lights and turn the music up, way up, for Slottet, the third single off of Emmon‘s excellent new album, Nomme. Emmon’s vocals take a backseat to the thumping synths, which is quite a departure from first single, Distance, which also featured a horror-themed video. This time around, Emmon is wandering around the woods at night wearing different colored stockings (where is she storing all of these stockings!) while computerized glass animals frollick about, then finally explode because of Emmon’s dancing (kind of like what the people did in that Florence and the Machine video). Of course we love it. 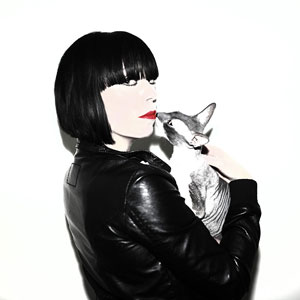 Swedish singer Emma Nylén’s solo project, Emmon, first reached my musical consciousness in 2009 with the release of the magnificent, Closet Wanderings. There was a fun and independent sensibility to her music, a cross between Robyn and Billie Ray Martin, and it was magical. Two singles were released, Secret and Lies and Lips On Fire. Both were awesome, but after the singles she disappeared and I hadn’t heard anything about her until now. Emmon is back with a vengeance and this is to be the first single off the new album. The video is a retro tongue-in-cheek look at a seance where Emmon holds all the cards. She also occasionally breaks out with arm wailing awkward dancing (does it remind anyone else of Opus III’s Fine Day video?). Hope you enjoy it.