Little Boots – Every Night I Say A Prayer 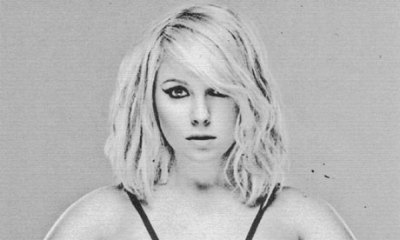 Little Boots is making yet another track, Every Night I Say A Prayer, and its Tensnake remix, available as a guilt=free downloads. The track, produced by Hercules & Love Affair‘s Andy Butler, sees Little Boots continuing her shift away from post 80s-style synthpop towards the less commercial, but better respected, dance-floor. With so much riding on her make-or-break sophomore album, we worry she may be committing commercial suicide here, but the track is good, if not immediately memorable, and regardless, we still have enormous respect for her as an artist who is making the music she wants to create. Critics were unfairly harsh on Hands (which we loved), claiming she was an artist in search of an identity, but here at least, she is carving a nice niche for herself, even if it means she won’t be selling a gazillion mp3s. And just maybe, that is the whole point. Every Night I Say A Prayer is out today on Trax Records.

Every Night I Say A Prayer

Every Night I Say A Prayer (Tensnake Remix)

This entry was posted on Monday, April 23rd, 2012 at 11:30 am and is filed under Little Boots. You can follow any responses to this entry through the RSS 2.0 feed. You can leave a response, or trackback from your own site.