Where Are They Now: Jimmy Somerville

Then: Scottish singer and songwriter, Jimmy Somerville, is most known as the original lead singer for Bronski Beat and force behind The Communards in the 80s and for his solo work in the 90s. Bronski Beat formed in 1983 when Jimmy Somerville, Larry Steinbachek and Steve Bronski, all flatmates in London, decided to create a synthpop band whose music would embrace the gay experience. After only a couple of live performances, they were signed to London Records and released their first single, Smalltown Boy, which became both an anthem to the gay community and a commercial success on the British singles and American dance charts. This was followed by Why, which also became a hit. Their debut album, The Age of Consent soon followed and went platinum in the UK and peaked in the top 40 on the album charts in the US. With their new-found success, the band quickly returned to the studio and began recording a new song, Run From Love. The single, however, would never be officially released and it would be the last time Somerville contributed his vocals. At the time of its recording, tensions between the band were mounting as Jimmy Somerville had increasing personal and ideological differences with the other members. As a result, Somerville left the band during the band’s peak and formed The Communards. It was with the Communards, Sommerville scored his biggest hit, a remake, inspired by Thelma Houston’s  own remake of Don’t Leave Me This Way. It spent 4 weeks at number one in the British Singles Chart and went on to become the highest selling single of 1986. It was also his only top 40 single in the US. The band split in 1988 as Jimmy Somerville pursued a solo career. Somerville had his most success as a solo artist when doing remakes. His most successful original track, Heartbeat, released in 1995, found him returning to number 1 on the dance charts in the US. 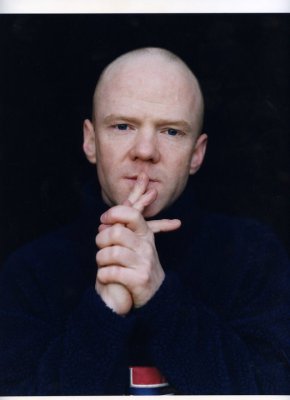 Although Jimmy has been active in the music business, he has not repeated the same level of success he has had since the mid 90s. In 2010 Groove Armada released History. The song featured Will Young on vocal duties and prominently sampled Smalltown Boy. In 2011 Somerville released a dance EP called Bright Thing. This year he provided vocals to the Scratch Massive track, Take Me There, which we featured on here. He has just released a new EP called Momentum. Below are  two highlights taken from it.

This entry was posted on Wednesday, April 18th, 2012 at 5:21 pm and is filed under Where Are They Now. You can follow any responses to this entry through the RSS 2.0 feed. You can leave a response, or trackback from your own site.