Where Are They Now – Visage 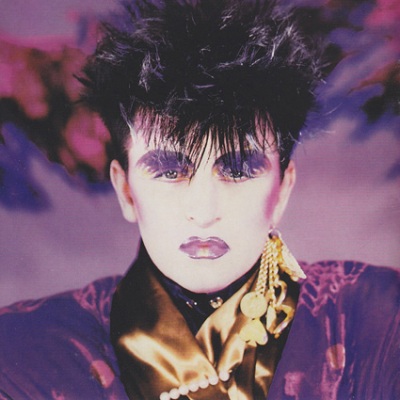 Then: Visage were a synthpop pop band most associated with the New Romantic Movement (Duran Duran, ABC) of the early 80s and the famed Blitz Club (the inspiration and set location for the musical, Taboo). Vocalist Steve Strange met former Rich Kids drummer, Rusty Egan while both were working at the Blitz Night Club in London in 1978. Joined by Midge Ure they created a demo cover version of the Zager and Evans hit, In the Year 2525, but it was not picked up. They then enlisted fellow Rich Kids member, Billie Curie and with the help of producer, Martin Rushent, released their debut album in 1979. Their first single, Tar, didn’t have much impact and success would allude them until 1980, when now signed to Polydor Records, they released, Fade To Grey, which became a genre defining anthem of the emerging synthpop movement and would climb to number 1 in 9 countries. By the time came to create their followup album, however, Midge Ure and Billie Curie had moved on to form Ultravox, but agreed to come back to record The Anvil. Success was moderate and they scored a top 20 hit with the first single, The Damned Don’t Cry. After this album, however, things went downhill fast for the band. Infighting and other band committments left only original members, Steve Strange and Rusty Egan. Due to contractual agreements, they hired studio musicians and completed their final album in 1984, Beat Boy. The album was a critical and commercial disaster with no hit singles and it had soured the ears of many, ourselves included, who had loved their first 2 albums. The band soon called it a day.

Now: Rusty Egan moved onto producing for a short time and now djs, still playing 80s style synthpop music. He has completed two mix tapes for our favorite blog, The Electricity Club that include many of the bands we write about and love. Steve Strange, sadly however, has had personal troubles that at times, have become public. In 2002 he released his autobiography, Blitzed!, that addressed his heroin addiction, depression, finances and sexuality. Steve maintains he is living clean and sober now (he maintains he has even given up cigarettes). Rusty and Steve recently reunited and run The Blitz Club website. They say they are releasing a fourth Visage album this year, and although they insist to be recording new material (including a collaboration with Midge Ure), nothing has been finalized yet. If they do, be sure to check it out here. In the meantime, Steve Strange has a new project, Detroit Starrzz, a collective of artists, producers and re-mixers. They have released a trio of tracks we have included below.

This entry was posted on Saturday, February 18th, 2012 at 8:57 pm and is filed under Where Are They Now. You can follow any responses to this entry through the RSS 2.0 feed. You can leave a response, or trackback from your own site.