Where Are They Now – Sinead O’Connor 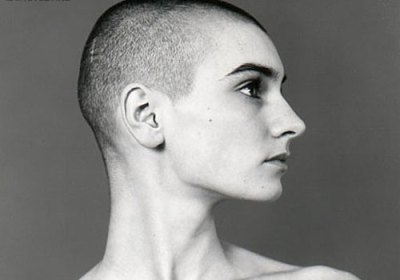 Then: Sinead O’Conner is an Irish singer who first came to prominence in 1987 with the critically lauded album, The Lion and the Cobra, recorded when she was only 20 years old and during a pregnacy. It would contain 5 singles, Troy, Mandinka, I Want Your (Hands on Me), Jerusalem and Jump in the River and was one of our most-played albums of the year. Although the album was a mild commercial success, it would be her next album, I Do Not Want What I Haven’t Got, and in particular, the single, Nothing Compares 2 U that would propel Sinead O’Connor into a household name. The single, a remake of a song Prince wrote for his band, The Family, was a massive success; it reached number 1 in America and the UK and another dozen other countries. You would think she would keep the same blueprint for her follow up album, but instead she changed gears for Am I Not Your Girl?, a collection of mostly jazz standards. It was a huge gamble with little payoff as it did not reach the same level of success as her previous album. It was during this time Sinead began her relationship with controversy.   On October of 1992, Sinead O’Connor appeared on Saturday Night Live as their musical guest. She sung an a cappella version of Bob Marley’s War, but changed the lyric “racism” to “child abuse” to protest the recent sex abuse scandals that had been making headlines in the Catholic Church. For the finale, she ripped up a photograph of Pope John II and declared, “Fight the real enemy.” The reaction was massive, dividing her fans and the public. Her next album, Universal Mother, was not met with the same level of critical and commercial success and Sinead O’Connor became more known for a series of questionable life decisions than for her music, such as being ordained a Catholic priest and briefly becoming a lesbian, then taking it back. Although Nothing Compares 2 U would be the obvious choice, we actually prefer the emotionally raw, Troy. 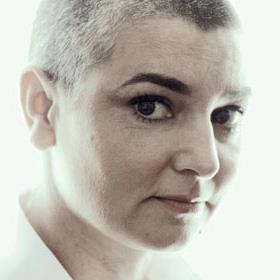 Now: Sinead is back and is set to release a new album, How About I Be Me (And You Be You)? The first single will be The Wolf is Getting Married. Sadly, Sinead O’Connor is still mired in controversy and her own personal demons. In January, after a recent breakup with her fourth husband, she sent a tweet to fans asking for help seeking a psychiatrist to prescribe her psychotropic drugs because she felt her life was in danger. The press seized on this and sensationalized the story while mocking her appearance, all at a time when she was most vulnerable. Although Sinead has had many ups-and-downs in her career, the one thing that has remained constant is her powerful voice that expresses a uniquely raw emotional vulnerability. It is precisely because Sinead wears her emotions on her sleeve that we love her and we are thankful for it.

This entry was posted on Friday, February 10th, 2012 at 11:21 am and is filed under Where Are They Now. You can follow any responses to this entry through the RSS 2.0 feed. You can leave a response, or trackback from your own site.