Mirrors – This Year, Next Year … Sometime? 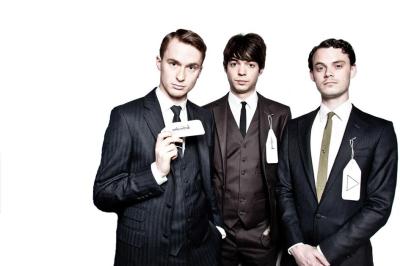 We recently previewed two new Mirrors tracks; Dust and Shooting Stars, both of which were done shortly after Ally Young’s decision to leave the band. That posting became one of the most visited pages on our site (and deservedly so) and now these songs as well as five! unreleased demos that were recorded during their first album sessions are finally getting released. The package, called, This Year, Next Year…Sometime?, is avaiable off of the band’s bandcamp page (a great site dedicated to artists who can self-release their music). You can preview all the new tracks below and although all are obviously great, Dust and Shooting Stars are still the standout tracks. As for the newly available demos, we are particularly impressed by the stunning Dead Air. What is your favorite?

This entry was posted on Saturday, January 28th, 2012 at 12:05 pm and is filed under Mirrors. You can follow any responses to this entry through the RSS 2.0 feed. You can leave a response, or trackback from your own site.