The Opiates – Anatomy of a Plastic Girl 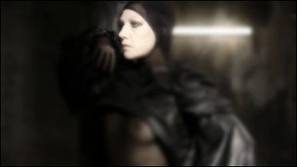 The Opiates is a collaboration project between Billie Ray Martin and Robert Solheim that began 3 years ago when they performed songs together (including Anatomy of a Plastic Girl) at the Rough Trade record shop. They are set to release their debut album, Hollywood Under the Knife, next month. Anatomy of a Plastic Girl is the second single and explores the devastating consequences of a hopeful Hollywood starlet who is scarred emotionally and physically by a botched facelift. It was directed by Jörn Hartmann. We love the creepy themes of the song and visuals. And as always, Billie Ray Martin looks great (does she not ever age?)!

This entry was posted on Wednesday, September 28th, 2011 at 10:06 am and is filed under Billie Ray Martin. You can follow any responses to this entry through the RSS 2.0 feed. You can leave a response, or trackback from your own site.