Where Are They Now: Erasure 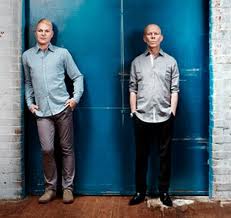 Then: Composer Vince Clark is perhaps one of the most prolific songwriters of the synthpop genre, having previously been a member and principle songwriter for Depeche Mode’s first album and creating the short-lived, but highly influential Yaz. Vince recruited Andy Bell, and together they formed Erasure and released their first album, Wonderland in 1985. Although it contained the now classic hits Who Needs Love Like That and Oh L’amour, it failed to make much of an impact when it first came out. Things changed, however with the release of their second album, The Circus, whose lead single, Sometimes peaked at number 2 and became their highest peaking UK single. Success still alluded them in the US, but that changed with their third album, The Innocents, with 2 top 20 singles; Chains Of Love and A Little Respect. They would crack the top 20 only one more time in America with 1987’s Always, but had continued success in native Britain, scoring a top 10 hit as late as 2005 with Breathe (also a hit on the US Dance Club Charts).

Erasure - A Little Respect from Melanie Roberts on Vimeo.

Now: Erasure are about to release their fourteenth! studio album, called Tomorrow’s World, which is their first album in 4 years. To coincide with this release, Erasure will embark on a US tour and bop2pop already has his ticket and will be sure to tell you all about it! First single, When I Start To Break It All Down is typical Erasure. What do you think?

When I Start To Break It All Down

This entry was posted on Thursday, August 18th, 2011 at 5:07 pm and is filed under Where Are They Now. You can follow any responses to this entry through the RSS 2.0 feed. You can leave a response, or trackback from your own site.

One Response to Where Are They Now: Erasure